Every single day I’m inspired to learn about new technology that’s helping to better the lives of people living with disabilities. Thought-controlled tech is just one example worth reading about.

Bill Kochevar, 56, was paralyzed below his shoulders in a cycling accident eight years ago but can now grasp and lift objects after having two pill-sized electrodes implanted in his brain.

The electrodes record the activity of brain neurons to generate signals that tell another device to stimulate muscles in the paralyzed limb. 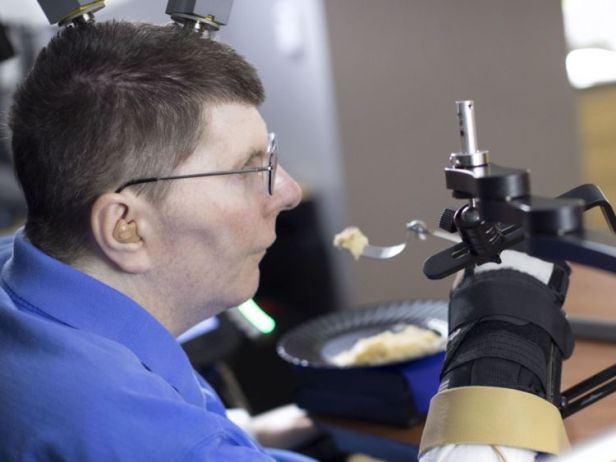 During trials Bill Kochevar grasped and lifted objects after having dozens of electrodes implanted in his brain and right arm.

Source: Quadriplegic man’s arm and hand brought back to life by thought-control tech